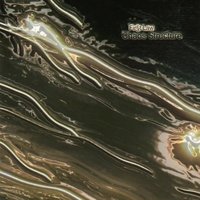 The 5th full-time album of FIRST LAW surprises once again with a huge amount of stylistic variety and proofs that he is the ultimate cosmonaut of the inner spheres. „Chaos Structure“ is a hallucinetic maelstrom, every note and sound tells a different story and guide the listener to a journey through unseen areas of modulation and alienated reality where the time stands still. The hieroglyphic soundforms are structuring an audible world of an acoustic language. All compositions are cautious built to create a majestic flowing of a soundworld full of structures and outstanding melodies layered with percussion tracks.

REVIEW (Aural Pressure):
Looking back on it, I suppose I should have felt a small pang of guilt. Having already collected the „Violent:Sedated“, „Velochrome“, „Refusal as attitude“ and „Beyond IO“ releases by First Law I desperately needed „Revelation 5:2“ to complete the set. Then some mug put a copy up on eBay. This is going to cost me big time I thought. I already had it in my mind to go as high as £40.00 for that copy. As it was the bidding started at £0.99 and ended 6 days later at… £0.99. Adding postage costs the final amount was a wallet breaking £1.99. I could have sent the seller more. I didn’t. Which is when I felt bad about the whole experience. Then I thought. Fuck him. More fool him for letting it go. I was just over the moon to have the complete works, up to that point in time, by Andreas Wahnmann in my safe and loving arms where it would be rightly cherished and looked after. And here’s the latest effort from the maestro himself to join the others in my collection.

First Law is primarily the dark ambient project of Andreas Wahnmann . „Chaos Structure“ is 6 tracks of music of the dark variety with lashings of melodic atmospheres interspersed throughout. You could, on reflection, almost class some of the moments on here as ’spatial ambience’… such is the way the music is formed. The first track, titled ‚Entropic (vision)‘ and the shortest here, is a very quiet reflective minimal piece that holds the key to open the gateway to the stars. Then the musical journey begins in earnest. The sweeping and searing orchestrations of the second track ‚A cold blank stare‘, over highly dynamically dense electronics, thrusts and struts like a cockerel on heat. Then we move onto another variation on a theme with the introduction of hypnotic beats and ice blue electronics that weave and flow like glaciers falling into the sea on the third track ‚Spoil tactics / Negative‘. With ‚Three cheers for Heresy‘ the music is a kaleidoscopic affair that starts serenely before exploding into this massive orchestral arrangement that reminded me of certain Kraut rockers of old. The fifth, and by far longest track, ‚Entropic‘ could be classed as the piece de resistance and the core of the release. Taking all the elements from the previous tracks Andreas conjures up this aural vision of chaos unleashed that throws off in some crazy tangents over its 25 minutes. The fact that it still retains a structural form that’s easy to follow is quite remarkable. The last track ‚Bad influence‘ goes back into the space ambient domain before turning mid flow into a vocal and beat driven ending. Spectacular all round.

Once more Andreas, as with all First Law releases, allows the listener to derive his own interpretations from what he hears. Although dark in nature the music compensates for this with the melodic aspects that verge on the heavenly. These sound sculptures / soundscapes / dreamscapes… whatever you wish to call them… are hypnotically enticing and full of a vibrancy that can be breathtaking in its execution. As a fan of this act I suppose you would expect me to be full of praise… but I will criticise if I deem it necessary. The problem is I can’t find any faults with this release. All it does is reinforce my belief that Andreas is one of the more creative musical innovators currently releasing music today. „Chaos Structure“ is proof positive of that viewpoint.